Ngô Văn Xuyết (Tan Lo, near Saigon, 1913–Paris, 1 January 2005), alias Ngô Văn was a Vietnamese revolutionary who chronicled labour and peasant insurrections caught “in the crossfire” between the French and the Indochinese Communist Party of Nguyễn Ái Quốc (Ho Chi Minh). As a Trotskyist militant in the 1930s, Ngô Văn helped organise Saigon's waterfront and factories in defiance of the Party's “Moscow line” which sought to engage indigenous employers and landowners in a nationalist front and the French in an “anti-fascist,” anti-Japanese, alliance. When, after 1945, further challenges to the Party met with a policy of targeted assassination, Ngô Văn went into exile. In Paris experiences shared with anarchist and Poumista refugees from the Spanish Civil War suggested “new radical perspectives.” Drawn into the Council Communist circles of Maximilien Rubel and Henri Simon, Ngô Văn “permanently distanced” himself from the model of “the so-called workers's party.”

Ngô Văn
In the Crossfire Adventures of a Vietnamese Revolutionary [en]

Although the Vietnam War is still well known, few people are aware of the decades of struggles against the French colonial regime that preceded it, many of which had no connection with the Stalinists (Ho Chi Minh’s Communist Party). The Stalinists were ultimately victorious, but only after they systematically destroyed all the other oppositional currents. This book is the story of those other movements and revolts, caught in the crossfire between the French and the Stalinists, told by one of the few survivors.
A ‘Moscow trial’ in Ho Chi Minh’s guerrilla movement — Ngô Văn [en] Feb 8, 2021 7 pp.
On Vietnam — Ngô Văn [en] Feb 8, 2021 31 pp.

What is not in doubt is that one day, the oppressed and exploited masses will rise up and put an end to their suffering. That is our profound hope and conviction. 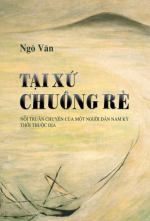 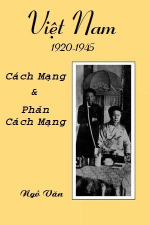