Buddhist Anarchists for Myanmar
To ensure that victory is achieved and peace is lasting, revolutionaries, especially those who are Buddhists, should consider these ideas. 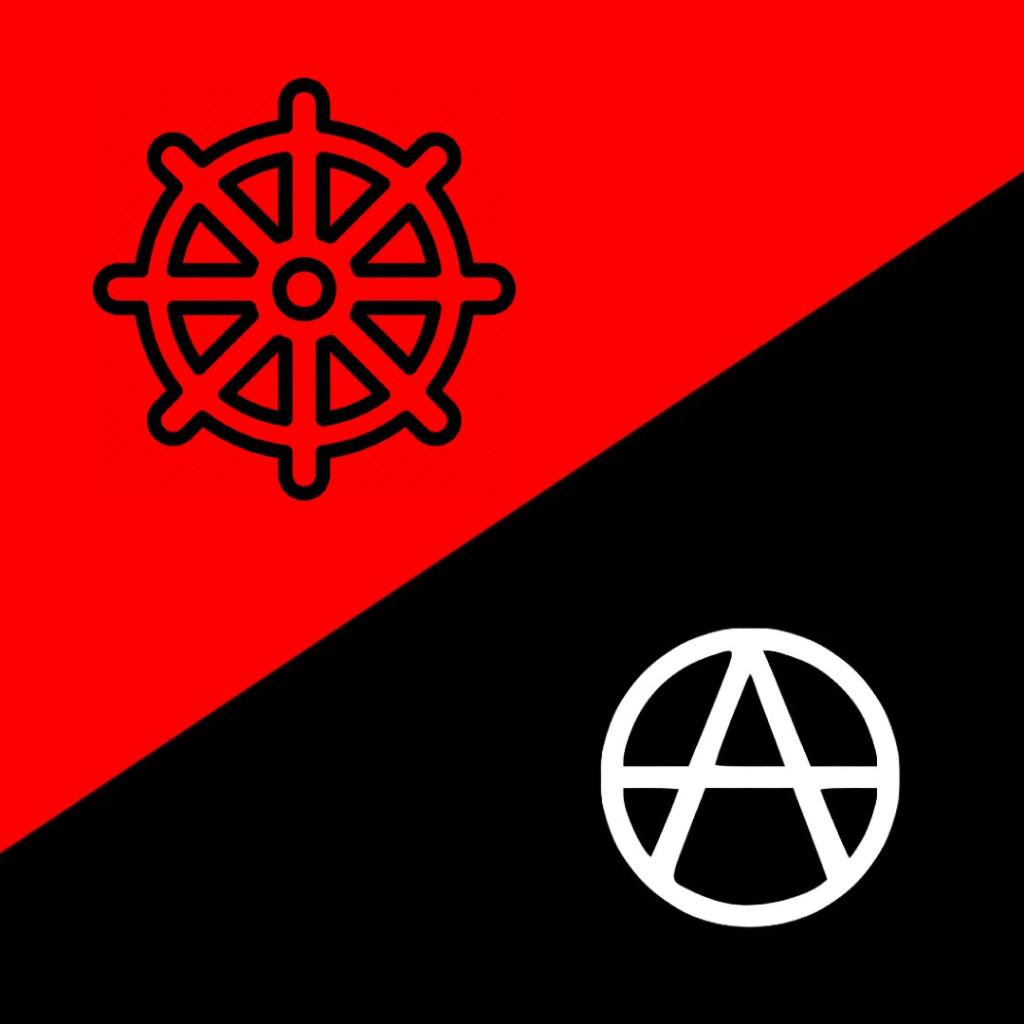 Myanmar, also known as Burma: It is one of the world’s most devout Buddhist nations as well as one of the world’s most violent, home to the longest ongoing civil war in modern history. It is the birthplace of the modern insight meditation movement, which has planted roots all around the globe, spread the Dhamma and benefitted millions of lives at home and abroad. The insight meditation movement is itself a child of anti-colonial struggle, bringing true Dhamma to the people in order to protect the teachings in the face of Christian missionaries and British colonial influence. After winning independence from the colonizers and the military government multiple times, the people of Myanmar are once again fighting for dear life after the military coup which deposed the civilian government.

The current movement is winning. It is winning because it is very decentralized, leaderless and anti-authoritarian and employs a diversity of tactics to resisting the regime. The military can beat, kill, imprison and terrorize the people, but they cannot terrorize a leaderless , decentralized movement. The movement is also hard to destroy because it uses many tactics to meet its goals and supports itself. While the youth are risking their lives protesting in the streets, a massive movement of mutual aid, from trash collection to COVID relief to supporting government workers on strike, has taken form. Society is organizing itself in defense against the government’s terrorism, and it it is running things better than a corrupt government ruled by elites ever has or could.

Anarchism is a political philosophy which opposes domination and violence in society. Anarchists believe that the greatest sources of violence in the world are governments, with their militaries, police, prisons and discriminatory laws, and capitalism, which exploits, abuses and commodifies people, forcing them to work for a wage just to survive and giving the greatest benefits to those who work the least. The goal of anarchists is to bring about a liberated society through the process of social revolution. They advocate doing this by educating themselves and others to understand the situation they live in, imagining how to change it, and then organizing in social movements to challenge oppressive systems, so that they can be replaced with a more peaceful and just way of governing ourselves and making a living.

Buddhist anarchists are anarchists who believe that living according to anarchist values and advocating for anarchist goals is the best way to live according to the ethical prescriptions of the Buddha: to practice non-violence, generosity, compassion and right livelihood. Some Buddhist anarchists may also pray or meditate in order to realize the truths the Buddha taught and win their own liberation. Buddhist anarchists believe that complying with the unjust rules of society makes it almost impossible to follow the Buddha’s Dhamma. Just to survive in this world we have to exploit, to cheat, to steal, to gain at someone else’s expense, and thus suffer the negative consequences of our actions. But Buddhist anarchists also believe that we can and must change the world so that every single person is free to work out his or her kamma and his or her liberation. Under the current system very few people have the time, the money or the education to lead an ethical life, much less pursue liberation through intensive meditation practice. The world must be changed for the Dhamma to live. We cannot put this off until a future life or force this responsibility on others. Our freedom is interdependent. As the anarchist Mikhail Bakunin once wrote, “Only the freedom of others makes me truly free, in such a way that, the more numerous are the free men that surround me, and the more extensive and broad their freedom, the greater and deeper will become my freedom. […] My personal freedom thus confirmed by the freedom of all extends to infinity.”

Some proposals for Buddhist Anarchists:

From abroad we see your movement doing all of these things and more. We are deeply inspired by your efforts and wish to support you however we can.

These are just a few suggestions. The purpose of anarchism is not to propagate itself and indoctrinate people. Its purpose is to help social movements to achieve their own goals for liberation. So if anything here is helpful, please take it. If not, please feel free to leave it. All we wish for is your victory and freedom. We are writing from the international anarchist and Buddhist communities to the people of Myanmar. We are not there in the streets with you, but we wish to extend our warmest greetings of solidarity and support for your movement. Your struggle is an example to the whole world, and you aren’t fighting alone. We hope that these ideas will be encouraging and help you develop a living Buddhist anarchism in Myanmar which is relevant to your needs in this urgent time. If you read this and have suggestions, requests or criticisms please contact us and if you liked it make sure to share it with a friend.

We call on other international anarchists and engaged buddhists to support the people’s struggle in Myanmar with material donations, writing and solidarity actions in protest of the regime.

In solidarity with the revolution. May all beings everywhere be free.

The Insight Myanmar podcast has been doing an excellent job of interviewing people directly involved in the movement, collecting donations, and getting the information out to an international audience.

Other fundraiser links, from strike support to refugee aid: https://www.isupportmyanmar.com/